Argentina got the message that they needed to play their best football on the biggest stage. In their World Cup knockout match, Lionel Messi scored his 11th goal in 25 games making him the all-time leading scorer of the tournament, and helped Argentina reach the final for only the second time in history. 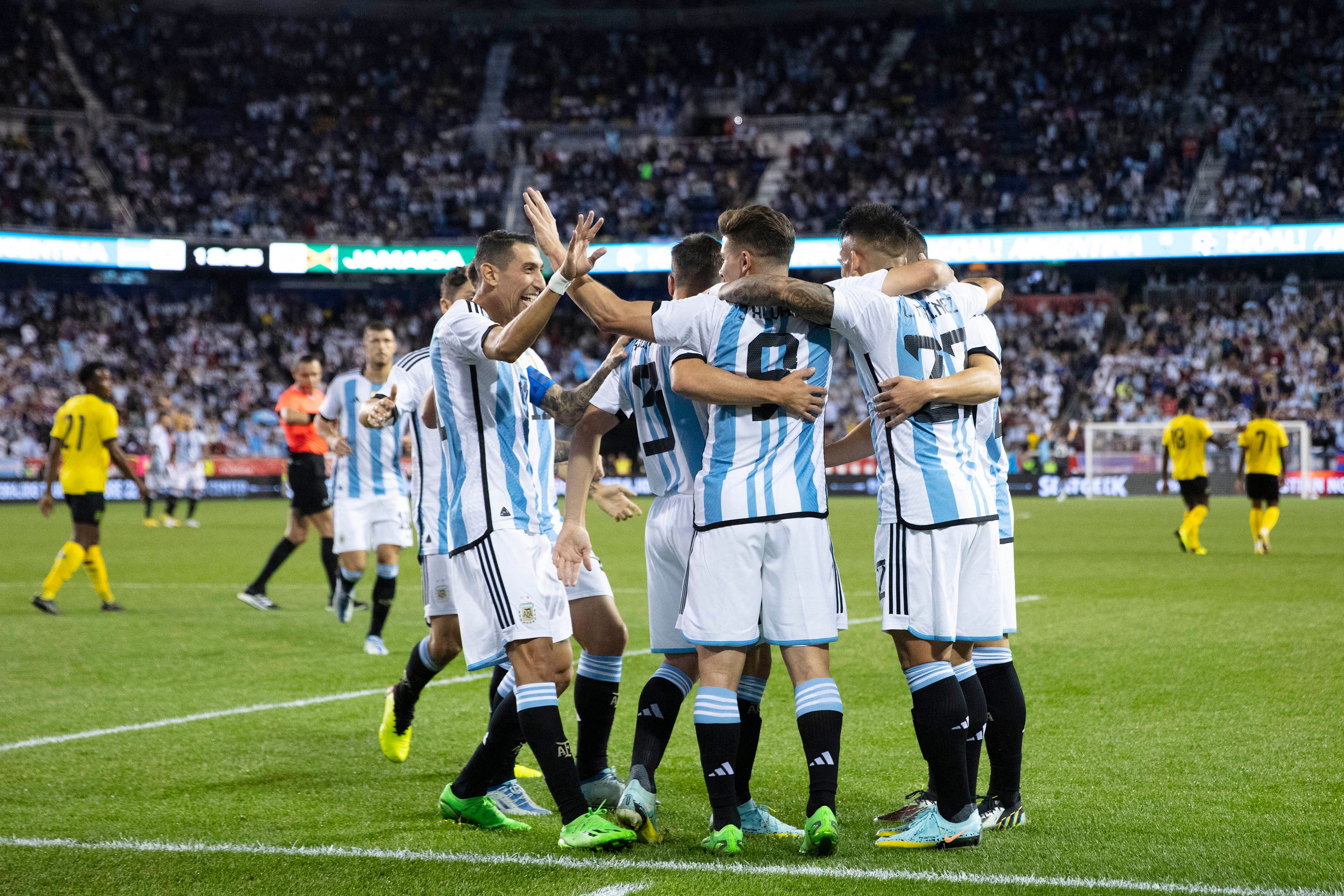 The team has now won 2 World Cups and reached five finals overall. Argentina came out for their pre-match warm-up with the swagger of a pro wrestler. And, as with a pro wrestler's entrance music, the mostly Albiceleste crowd dutifully popped.
Tags:
Croatia

Boca Juniors are champions of Argentina -- and they owe it to the goalkeeper of River Plate, their great rivals. This league campaign has been so full of ebbs and flows that it could not have fittingly come to a quiet end.

Tottenham Hotspur have suffered their first defeat of the season after hosts Sporting Lisbon scored two late goals on the way to a 2-0 victory in their Champions League Group D clash.

Paris Saint Germain (PSG) midfielder Leandro Paredes has emerged as a top transfer target for Italian side Juventus this summer.

Manchester United supporters have had their say on whether Harry Maguire should start over the partnership of new signing Lisandro Martinez and Raphael Varane ahead of the new season.

Two-time world champions Argentina have extended their unbeaten run to 32 games after they thrashed European champions Italy 3-0 to win the La Finnalisima. The Argentines were worthy winners of the La Finnalisimaas they dominated proceedings and backed it up with three goals.

MACALLISTER ON PENALTIES AGAINST WOLVES

Argentina national team midfielder Alexis Mac Allister was on penalty duties as his Brighton and Hove Albion side secured an emphatic 3-0 away win over Wolverhampton Wanderers. The Argentina international played two spot kicks in the First half of the Premier League game and managed to score one.

With the summer transfer market only a few months away, more and more names are emerging on Juve’s radar. The Bianconeri are desperate to add some quality and depth to the middle of the park, and their search for a new midfielder has reportedly taken them to South America. According to TNT Sports via JuventusNews24, the Italians are monitoring young River Plate star Enzo Fernandez.

Seven-time Ballon d'Or winner Lionel Messi equalled teammate Kylian Mbappe at the top of the list of players with the most assists in French Ligue 1 football this season. The Argentina national team talisman provided an assist for Mbappe during the home game with Saint Etienne at the weekend to pull level with him on the assist chart.

MAC ALLISTER OUT OF SPURS GAME

Brighton and Hove Albion midfielder Alexis Mac Allister has been ruled out of the FA Cup fourth round tie with London team Tottenham Hotspur after failing to recover from Covid-19. The Argentina national team player was confirmed as an absentee for the FA Cup clash at Spurs by his manager, Graham Potter. The ex-Swansea City boss told the media about the absence of the Argentina star in his press conference on Thursday ahead of the FA Cup fourth round trip to face Tottenham Hotspur at the new Tottenham Hotspur Stadium. According to him, the two-cap Argentina international midfielder has not been able to return a negative Covid-19 test and that he will miss the Spurs game as a result.