Argentina national team midfielder Alexis Mac Allister was on penalty duties as his Brighton and Hove Albion side secured an emphatic 3-0 away win over Wolverhampton Wanderers. The Argentina international played two spot kicks in the First half of the Premier League game and managed to score one. 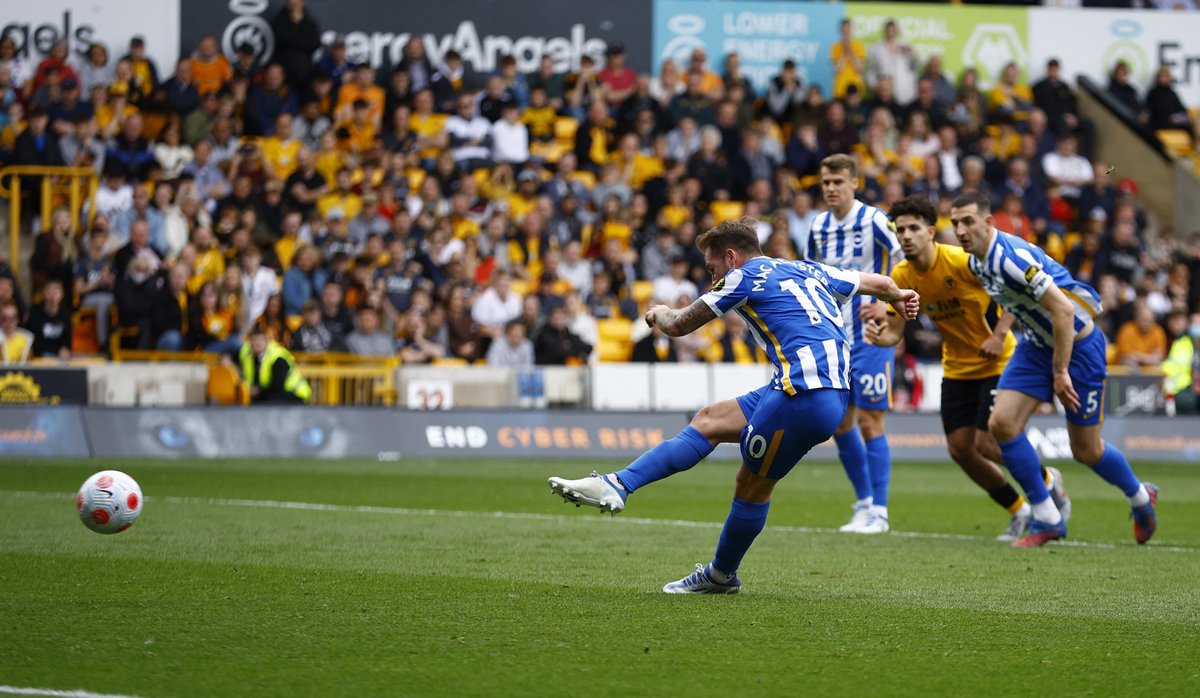 Mac Allister hit the post with the first of his two penalties after Wolves defenderRoman Saiss was adjudged to have handled the ball in the box. The Argentina international made no mistake from the second penalty awarded after Danny Welbeck was brought down by Wolves centre back Willy Boly. He scored the penalty three minutes from the half-time interval to give his team the lead. His goal was the difference between the two teams at the halftime interval and it could have been more if not for his earlier penalty miss.

Brighton were able to seal the three points at stake at the expense of Wolves with two goals in the second half. Belgian international Leandro Trossard doubled the lead for the Seagulls in the 70th minute before it was wrapped up by the goal from Malian midfielder Yves Bissouma four minutes from time.
Wolves got the better of Brighton in the first of their two league meetings this season via a 1-0 win and Brighton were able to avenge that defeat thanks to the 3-0 win.
Brighton were on a wretched run of six straight Premier League defeats before they played out a goalless draw at home to bottom team Norwich City whose relegation to the English Championship has already been confirmed as revealed last weekend after the 1-0 loss at the home of Aston Villa. Since the Norwich City game, Brighton have beaten European football hopefuls Arsenal, Wolves and Tottenham Hotspur in addition to the 2-2 draw at home to Southampton as well as the 3-0 defeat to hosts Manchester City.