Two-time world champions Argentina have extended their unbeaten run to 32 games after they thrashed European champions Italy 3-0 to win the La Finnalisima. The Argentines were worthy winners of the La Finnalisimaas they dominated proceedings and backed it up with three goals. 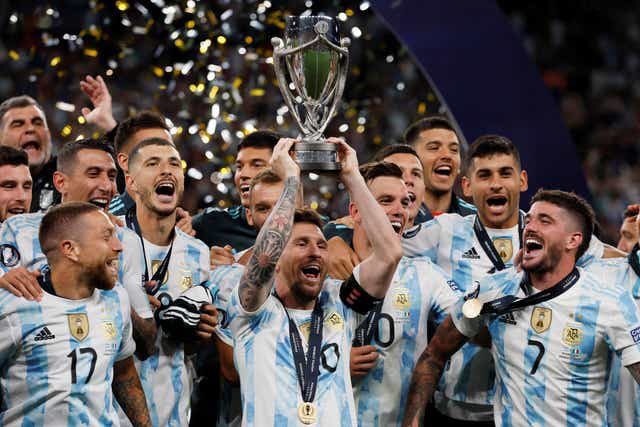 Argentina came into the La Finnalisima clash with the Italians with a 31-game unbeaten run which matched the record set by the class of the 90s. Argentine football legend Diego Maradona and his colleagues went on an unbeaten run of 31 games between 1991 and 1993 before they were stopped by Colombia during the qualifier for the 1994 FIFA World Cup tournament in the United States of America. The current crop of Argentina players led by the great Lionel Messi broke the record in the process of winning the La Finnalisima with the big win over Italy.

The current Argentine players broke the record with the win over Italy and they still retain fifth spot on the list of teams with the longest unbeaten run on the international scene behind Algeria (35 games), Spain (35 games), Brazil (35 games) and Italy (37 games).
The La Finnalisima was effectively over as a contest in the first half when Argentina had a two-goal lead against the four-time World Cup winners. The Italians went behind on 28 minutes when Messi left Napoli right-hand Giovanni Di Lorenzo in his wake to tee up Inter Milan striker Lautaro Martinez from close range. Martinez then provided the second Argentina goal for its recipient Angel Di Maria in added time at the end of first half. Substitute Paolo Dybala sealed the emphatic win in second half added time off another assist from Messi who was named the best player just before the trophy presentation.
Argentina would be hoping to extend their unbeaten run to 34 games at the end of their two friendly games against Estonia and arch rivals Brazil this month.