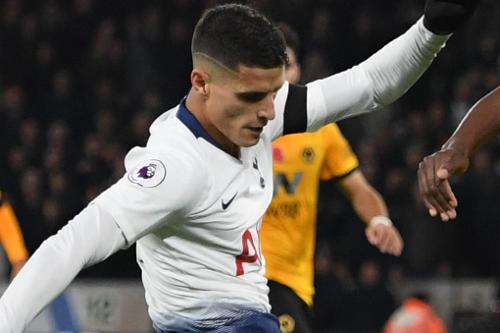 Speaking
after Spurs’ 3-1 win over Aston Villa, Lamela praised Lo Celso as an
unbelievable player and feels he would suit the demands of the Premier League side. He added that he could not make a swift impression after joining from AS Roma six years ago, but is confident that won’t be the case with Lo Celso with a number of quality players around him.

He said: “He’s
an unbelievable player. The fans will know him soon. He’s very technical, an
amazing left foot and he runs a lot. He will be good for the team. When I came
here, I was very young and there weren’t too many players around me like now,
where we have a very good unit. As Argentinians, we’re together to help him,
with the other guys in the group.”

Lamela has stepped up his performances over the past few seasons with Spurs after recovering from a long-term hip problem. Nonetheless, there are suggestions that he has yet to hit top form, given he has lacked the consistency to sustain a regular starting spot. Spurs started their league campaign with a 3-1 triumph over Aston Villa, but they had to do the hard way after being a goal down at the break.

Harry Kane sparkled with a late brace for the north London giants and the game also witnessed Tanguy Ndombele make an instant impression on debut with a sublime equalising goal. Spurs’ next league encounter will come against Manchester City at the Etihad Stadium on Saturday.