Manchester City defender Nicolas Otamendi has insisted that fellow teammate Sergio Aguero is not thinking over a summer exit despite the constant speculation over his future. 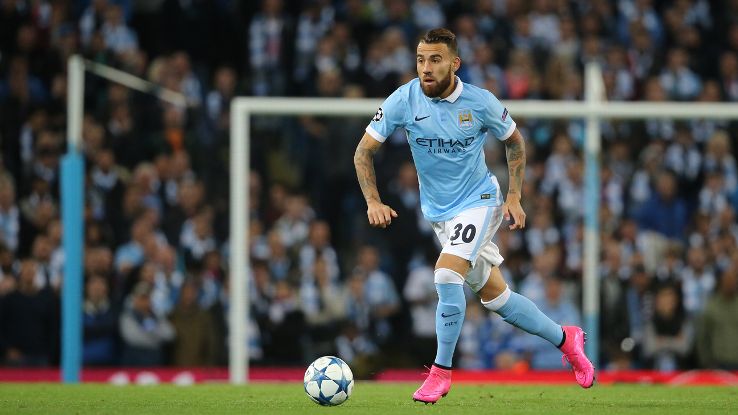 The Argentine was in-and-out of the starting lineup in the second half of last season, but he still managed 33 goals across all competitions.

The 29-year-old started the previous campaign as the first choice under Pep Guardiola, but the arrival of Gabriel Jesus at the turn of the year changed the manager's mindset. The 18-year-old managed to earn a regular run in the starting lineup in the Argentine's expense, but an injury to the teenager ensured that Aguero retained his regular spot.

Aguero ended the season on a high note while being accompanied by Jesus, and Guardiola has since stressed that the marksman remains a key part of their first-team plans for the future. In a report by The Manchester Evening News, Otamendi insists that his compatriot is content with his job at the Mancunian giants and he does not care about the ongoing gossip over his situation.

"Sergio always tries to stay out of the media and always stays away from what people are saying. He knows that he's really happy here and he knows everything's fine." he said.

Aguero has not enjoyed much success in terms of trophies with Manchester City in recent times, but he is nevertheless crucial to Guardiola's plans of lifting silverware during the upcoming campaign. The Citizens have brought in the likes of Bernardo Silva, Ederson, Kyle Walker, Benjamin Mendy and Danilo this summer, and the main emphasis has been on bolstering the backline which looked leaky in certain games last term.