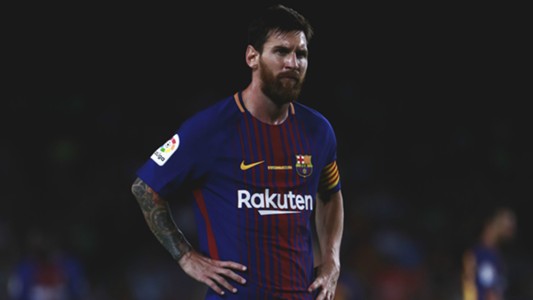 Soler faced a bunch of questions at a press conference following the club's transfer turmoil over the summer, and one of the key talking points was Messi's future at the Camp Nou.

Soler insisted that there is nothing to worry about in Messi's situation as the club are making significant strides towards securing his long-term stay, he said: "Soon. When we say soon, it means soon, I want to send this message to those who may be worried. Announcement comes after agreement is signed off by both parties. Only thing missing is this formal act. Messi has cut a frustrated figure in the early throws of the season, fuelling speculation that he is unhappy with the club."

Barcelona were rocked in the final month of the transfer window after Neymar made a surprise departure to Paris Saint-Germain in a world-record £198m deal. The Catalan giants followed to recruit the likes of Paulinho and Ousmane Dembele to their ranks, but they could not negotiate a deal to bring top target Philippe Coutinho from Liverpool.

Despite this, the Catalan outfit have made a strong start to the La Liga campaign with victories in their opening two games of the campaign. Ernesto Valverde's side already hold a two-point advantage over arch-rivals Real Madrid, and they could maintain the lead when they host Espanyol after the international break.